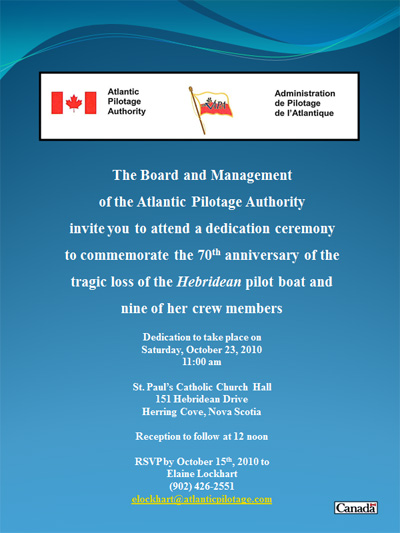 Seventy years ago, shortly before midnight on March 28th 1940, a collision occurred between the British steam freighter, Esmond, and the Hebridean pilot boat of Herring Cove. Nine of the Hebridean’s crew members were lost with no trace ever found of the crew or their vessel.

In recognition of this tragic event, the Atlantic Pilotage Authority is dedicating a commemorative plaque to the community of Herring Cove. This plaque will be placed within a pedestal monument in a small park setting near the breakwater at the head of the cove, to be named “Hebridean Park”.